8 places to visit in BEAUTIFUL BATH

Something about the combination of magnificent Georgian architecture, rolling hills landscape, historic Roman baths and a pretty 13th century Abbey that is pure elegance has me returning for my fourth visit… my favourite places to visit when in Bath Somerset England

Maritime Greenwich is a World UNESCO Heritage Site – since 1997 – The ensemble of buildings at Greenwich, an […]

Gardens of all sizes on the West Side of Vancouver – from professionally landscaped to the sweat and tears of the homeowner, they all have the passion for the garden and it is a pleasure to view them.

selected leading Milan Architect Piero Portaluppi (1888-1967) who was already building several residences in the neighbourhood.  With a distinctive career in architecture, city planning, decorative arts, restoration, exhibition display as well as writing and teaching. Portaluppi was well established and considered brilliant and creative.

As a longtime fan of Fornasetti’s work, I could not visit Milan without a visit to Fornasetti HQ and Showroom […]

his former private Palazzo from the 17th century, now Museo, is located on Via Manzoni, Milan (near Teatro alla Scala) is the private collection of Gian Giacomo Poldi Pezzoli (1822-1879) who was the last heir of the possessions of two prominent families.

Villa Bagatti Valsecchi. A mansion located between Via Gesu and Via Santo Spirito in Milan,  Barons Fausto and Giuseppe Bagatti Valsecchi’s extraordinary collections showcasing their love for the past and the Italian Renaissance

Nestled in the forest next to the Fitzsimmons River facing Blackcomb Way, the Audain Art Museum is a worthy visit next time you are on the mountain.

All of these simple enjoyments in life are encompassed in the Danish concept of HYGGE (pronounce hoo-ga) which does not have a direct translation to one word but rather a broader feeling of contentment and well being.  It is an important part of Danish culture and national identity. 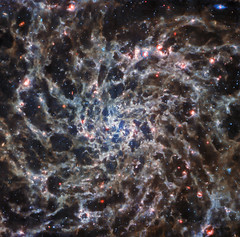 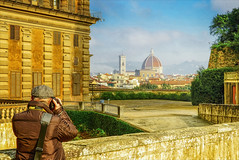 Chateau de Villandry is described as the last great Renaissance chateau built in the Loire Valley and is a perfect example of 16th century architecture.

Beautiful. Bold in Colour. Bold in Scale. Not for the faint of heart... A statement fabric can make a room

seven examples of exotic elements well incorporated into the decor. Finding the mix is key...

Pair TURQUOISE with colours of equal intensity and clarity. Use TURQUOISE in a monochromatic room.

It was wonderful to see a castle garden that at one time was cared for by 120 gardeners in contrast to the intimate, private garden cared for extensively by two people.

joy in a WINTER garden